The lake was created by Alabama Power with the construction of the Lewis Smith Dam. One of the largest earthen dams in the eastern United States, it stretches 2,200 feet (670 m) in length and reaches a maximum height of 300 feet (91 m). Construction began on November 25, 1957, and the dam entered service on September 5, 1961. The name honors Lewis Martin Smith, president of Alabama Power from 1952 to 1957.[3] 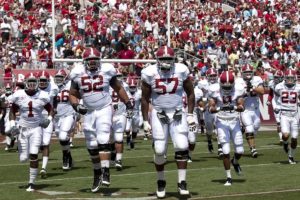 Nearby towns include Bremen, Crane Hill and Dodge City in Cullman County; Curry and Jasper in Walker County; and Addison, Arley, Houston, and Double Springs in Winston County. All three counties where Smith Lake is located are dry (no alcohol). In 2017, Alabama passed a law that allows marinas with restaurants to serve alcohol regardless of what the law is in the county. 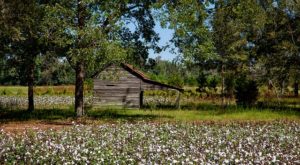 Due to the demand of coal along the Black Warrior River in the late nineteenth and early twentieth century, a series of locks and dams were added north of the city of Tuscaloosa. To better regulate the water levels in these locks and dams, local business leaders pressured the federal government to build a dam on the upper fork of the Sipsey fork tributary of the black warrior river. Additionally, the planned lake would provide additional power to the surrounding area during peak hours as well as provide a source of recreational income to the otherwise sparsely populated area.[4]

On July 27, 1954 Alabama power filed an application with the Federal Power commission for construction of the lake. Construction began on November 25, 1957 and the dam was formally dedicated on May 23, 1961 at a cost of $29 million. For the first 20 years, the lake remained relatively undeveloped. During the 1980s and 1990s the lake saw a rapid growth in recreation due to its proximity to the cities of Birmingham and Huntsville.[4]

Today the lake is used primarily for recreation, however during the summer its power plant is used during peak loads.[4]